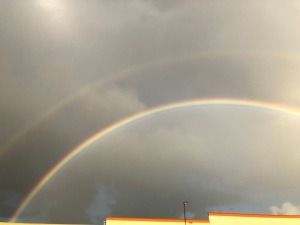 Often, when discussing the Twelve Step method of spiritual growth with fellow Christians, I have encountered a strong resistance to the idea of actually working to improve oneself. The verse most often quoted as justification for this attitude is Ephesians 2:8-9: “For it is by grace you have been saved, through faith–and this not from yourselves, it is the gift of God–not by works, so that no one can boast.”

Unfortunately, most people don’t go on to notice the next verse (Eph. 2:10), which states, “For we are God’s workmanship, created in Christ Jesus to do good works, which God prepared in advance for us to do.” For proper context we should note that Paul was writing to the church members in the city of Ephesus who were embroiled in a major controversy. Some of the Jews who had become Christians were insisting that the Gentiles had to be circumcised and converted to Judaism before they could be accepted as Christians. Paul refutes their belief in Ephesians 2:11-22 and even more strongly in Galatians 2:11-21.